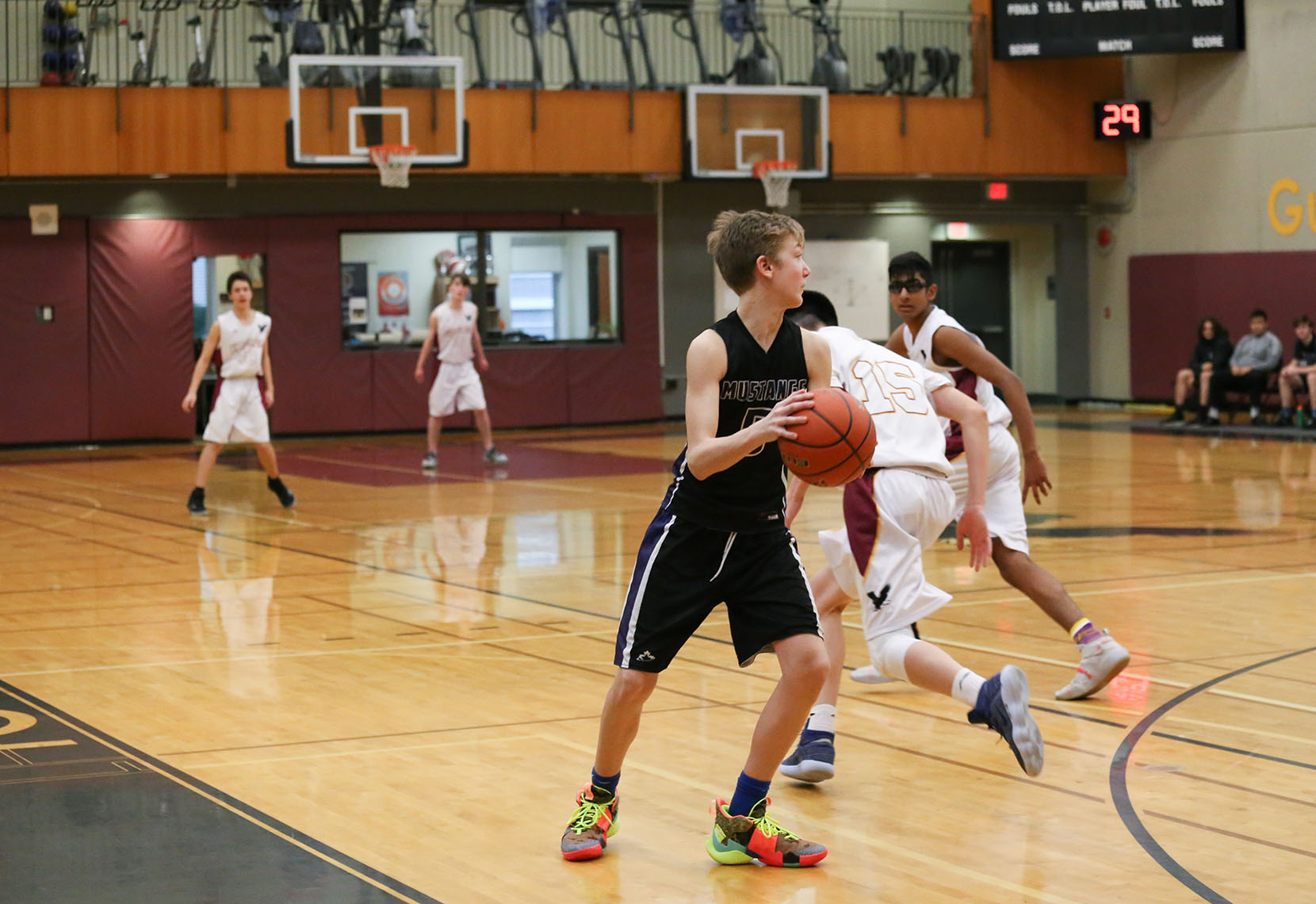 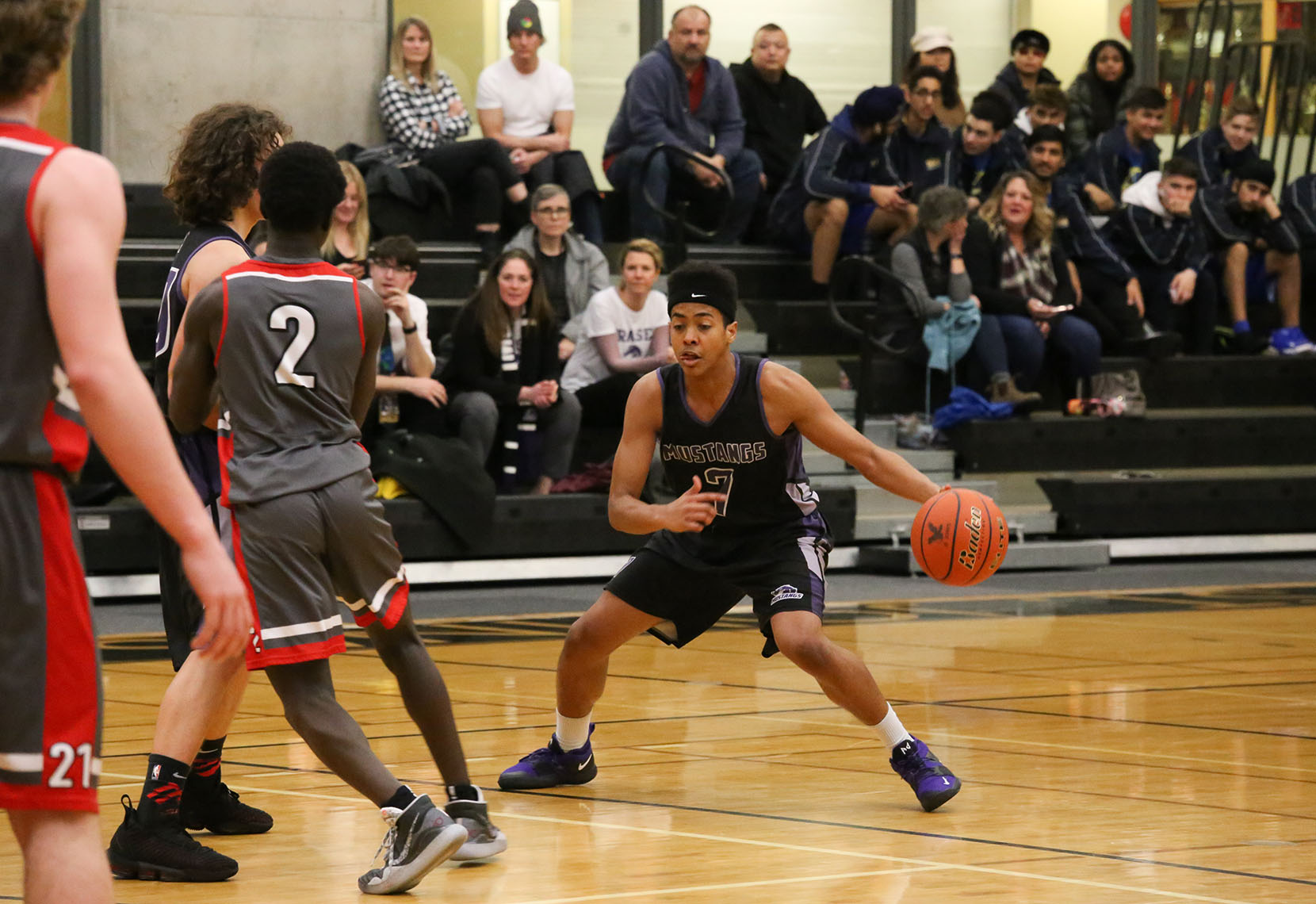 Recently the Grade 7/8 boys basketball team split between two tournaments, one for each grade.

The Grade 7’s participated in the Vancouver College Emerald Tournament, and with a roster of only 7 players, many of whom are brand new to basketball, they showed a lot of teamwork and improvement throughout the day and were able to make us proud in all 3 games. Unfortunately, the boys did not come away with a victory but we were very pleased with their efforts and positivity during the tournament.

The Grade 8’s participated in the ISA Basketball Championships at Collingwood playing 4 games from Thursday to Saturday. The boys faced some very tough competition throughout all 4 games, but they persevered and won 2 out of 4 to finish 4th in the tournament out of 16 teams.

The Junior girls qualified for playoffs and drew the #1 seed in West Point Grey Academy in the first round. In their league game, the score was lopsided in favour of WPGA. However, in the playoffs the girls played a fantastic game only losing by 10 points.  The Junior girls turned a corner after the Burnaby South invitational and have been on the rise ever since. Hats off to the junior girls on the great strides they have made this year!

The Senior boys went into the zone playoffs seeded 4th and had to play the always formidable Pemberton panthers. The Senior boys extended their season with a hard fought 74 – 67 win over the panthers. Cam H. had a brilliant game scoring a game high 25 points and securing 12 rebounds. Alex D. also had a strong game with 15 points on 4 of 5 shooting from the 3 pt line.

In the semi final game, we took on the #6 provincially ranked St. John’s Eagles on their home court. The Eagles lived up to their #6 ranking and proved to be too much for the boys on that day. The loss marked the end of the season for the entire team and the high school basketball careers of the four grade 12’s – Cam H., Alexis D., Calum R-T. and Frank C. Many thanks goes out to the four seniors and the entire team on a season well played. 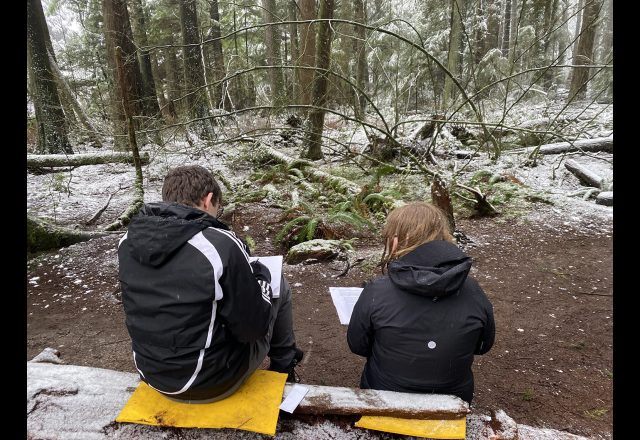 Odyssey 2020 started off the semester with lots of adventures. They spent time in Pacific Spirit Park observing and identifying our native tree species, followed by a Wilderness First Aid course. At Callaghan, they spent a day cross-country skiing and biathlon followed by avalanche skills training and an overnight camp in the snow.

This year’s class of 24 graduates amassed a total of 46 acceptances to post-secondary institutions and over $93,900 in scholarships!